MEMO FROM THE PASTORAL SEARCH COMMITTEE 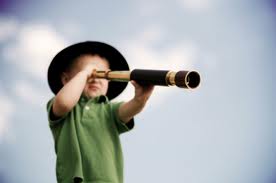 In our search for a suitable pastor, the following scratch sheet was developed
for your perusal. Of the candidates investigated by the committee, only one was found to have the necessary qualities. The list contains the names of the
candidates and comments on each, should you be interested in investigating them further for future pastoral placements.


Noah
He has 120 years of preaching experience, but no converts.

Moses
He stutters; and his former congregation says he loses his temper over trivial
things.

Abraham
He took off to Egypt during hard times. We heard that he got into trouble with
the authorities and then tried to lie his way out.

David
He is an unacceptable moral character. He might have been considered for
minister of music had he not fallen.

Solomon
He has a reputation for wisdom but fails to practice what he preaches.

Elijah
He proved to be inconsistent, and is known to fold under pressure.

Hosea
His family life is in a shambles. Divorced, and remarried to a prostitute.

Jeremiah
He is too emotional, alarmist; some say a real pain in the neck.

Amos
Comes from a farming background. Better off picking figs.

John
He says he is a Baptist but lacks tact and dresses like a hippie. Would not feel
comfortable around him at a church potluck supper.

Peter
Has a bad temper, and was heard to have even denied Christ publicly.

Paul
We found him to lack tact. He is too harsh. His appearance is contemptible, and
he preaches far too long.

Timothy
He has potential, but is much too young for the position.

Judas
He seemed to be very practical, cooperative, good with money, cares for the
poor, and dresses well. We all agreed that he is just the man we are looking for
to fill thevacancy as our Senior Pastor.

Thank you for all you have done in assisting us with our pastoral search.

Sincerely,
The Pastoral Search Committee
Posted by Diana at 9:41 AM