Dec. 7, 2012,  I found out that I had to have brain surgery to remove what the MRI stated as a large, fast growing, malignant tumor embedded in my brain.   When they operated they found not one but two tumors the size of two tangerines, they were not malignant, and they were not embedded in the brain but in the lining of the brain tissue and they were fast growing so the urgency of the operation was imperative.  What an answer to all of the prayers that were going up. This was the beginning of the many, many miracles that I have experienced over the last 6 months of this journey through life with God totally in control!
This MRI from December 7 shows the tumors one at time – there were two actually stacked on each other kind of at an angle. (Don't you just love my eyes?!!)  You can see the tumors pushing against the Optic area and other parts. It is actually hard to believe two tumors the size of two tangerines were inside by skull!!! 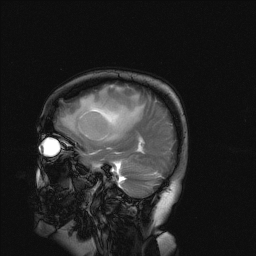 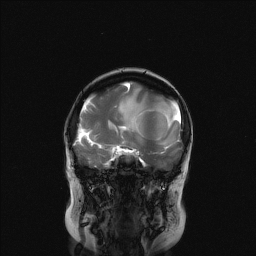 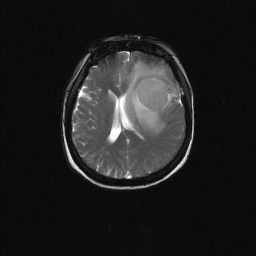 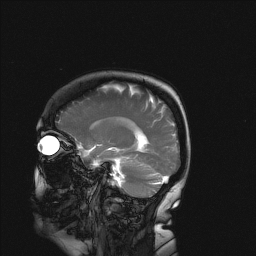 My 6 month check-up from my surgery was yesterday and another MRI was taken on June 13, 2013.  This was the first time I saw or I should actually say "remember" seeing either of the MRI films.  They were so interesting for me to finally see what the doctors were talking about.  The cavity where the tumors were is nearly all filled in except for the little space shown in the picture below. This should continue to fill in as time goes on.  And no sign of any new tumors!! 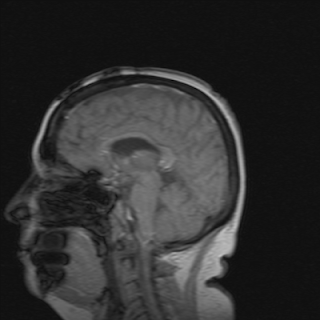 Praise the Lord!  What a miracle this journey
has been!