Difference between a Hymn and a Praise Chorus!!! 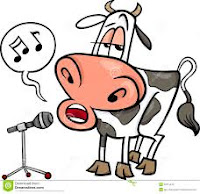 Being the "farm-girl" that I am and also being born and raised on music, this funny little story sure got the point across!!  And the fact that I grew up on Hymns and watched the emerging of choruses in the church-world made this quite humorous . . . Martha, Martha, cows, cows, corn, corn and more corn!!!  LOL!

A Funny Little Story About Hymns and Praise Songs  By Author Unknown
An old farmer went to the city one weekend and attended the big city church. He came home and his wife asked him how it as.“Well,” said the farmer. “It was good. They did something different, however. They sang praise choruses instead of hymns.” “Praise choruses?” asked the wife. “What are those?” “Oh, they’re okay. They’re sort of like hymns, only different,” said the farmer.  “Well, what’s the difference?” asked the wife. 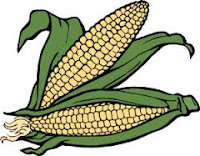 As luck would have it, the exact same Sunday a young, new Christian from the city church attended the small town church. He came home and his wife asked him how it was. “Well,” said the young man, “It was good. They did something different, however. They sang hymns instead of regular songs.” “Hymns?” asked the wife. “What are those?”  “They’re okay. They’re sort of like regular songs, only different,” said the young man. “Well, what’s the difference?” asked the wife.
The young man said, “Well it’s like this …
If I were to say to you, ‘Martha, the cows are in the corn, well that would be a regular song. If on the other hand, I were to say to you, Oh Martha, dear Martha, hear thou my cry inclinest thine ear to the words of my mouth.

Turn thou thy whole wondrous ear by and by to the righteous, glorious truth. For the way of the animals who can explain there in their heads is no shadow of sense, hearkenest they in God’s sun or his rain unless from the mild, tempting corn they are fenced.

Then goaded by minions of darkness and night they all my mild Chilliwack sweet corn chewed. So look to that bright shining day by and by, where all foul corruptions of earth are reborn where no vicious animal makes my soul cry and I no longer see those foul cows in the corn . . .

Then, if I were to do only verses one, three and four, and change keys on the last verse, well THAT WOULD BE A HYMN!”
http://www.apuritansmind.com/